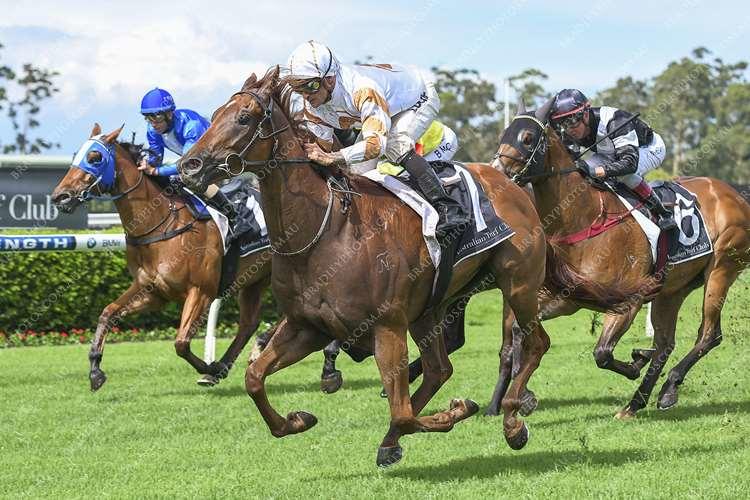 Wilson brought Meteorologist to Warwick Farm for a one-off run and victory over 2200m in August, and the trip south for a midweek meeting has paid off again.

The $3.50 favourite Lake Lugarno was a long head third.

“He was the right horse to bring down. Things are getting pretty tough at home leading into the Magic Millions,” Wilson said.

“There’s always a lot of pressure and having a boutique-sized stable, these hit-and-run missions are always tough but we’re two from two.”

An afternoon thunderstorm saw the track downgraded the heavy range and that was no impediment as Wudang Blade maintained his record of not finishing outside the top three in this five-start preparation.

“He’s better on top of the ground but he’s fit and he’s gets through the heavy just as good.”

Wilson has 18 in work and thanked former Warwick Farm and Gold Coast trainer Rod Craig for linking with the three-year-old gelding.

“Rod was giving away training and he was approached by the owners and he recommended me.”

“He came to us as a very forward type and he’s been an honest little tough customer,” he said.

“I was a little bit iffy about how he’d measure up against some of those older horses but the three-year-old form is pretty strong in Brisbane.”