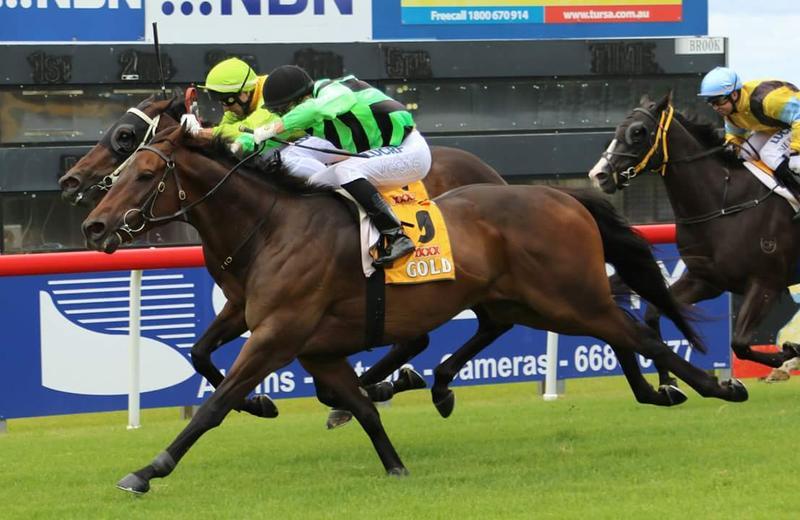 Elmotino earned a well deserved victory at Ballina today after taking out the XXXX Gold Maiden Handicap over 1300m.

Ridden by Brisbane jockey Ryan Wiggins, Elmotino settled well back in the field, got held up at a vital stage approaching the home turn, but Wiggins bit his time and angled his way into the clear shortly after entering the straight and Elmotino surged down the outside with a big finish to beat the favourite Dagga Boy by a head on the line.

He was probably the most unluckiest maidener going around South East QLD until today. He should of won last start but nothing went right and the start before he was galloped on which also cost him the race. 'Wilson said'

Ryan Wiggins rode a treble on the day and also took out the jockey's challenge.

Since Elmotino has joined the Wilson Stable he has finished in the prizemoney 9 times from 12 starts.