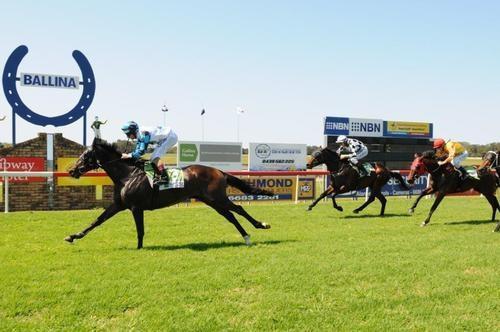 Ridden perfect from gate 4 by Gold Coast hoop Luke Rolls, he settled midfield just out of the speed battle. Luke peeled him to the outside and gave him plenty of galloping room in the straight and he finished strong over the top to score by 2.5 lengths.

The best part of his race was the final 100m where he ran strongly through the line indicating he is really looking for the mile next run.

He ran super first up when settling well back at Beaudesert to hit the line to run 3rd. Second up at the Gold Coast nothing went right, it was just a forget run.

His trainer made some gear changes by applying ear muffs to keep Superior Sun relaxed pre race and also blinkers to really focus him during the race, set him to back up within a week and it seemd to pay off.

His a consistent little horse, it was great to see him win for the connections, Superior Syndications.