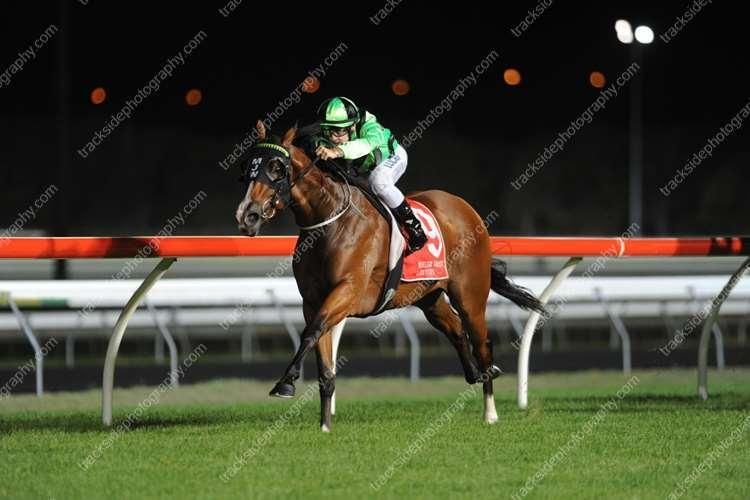 Miss Bella Rosa blew her rivals away on Friday night at the Sunshine Coast.

Ridden a treat by Travis Wolfgram, she rolled to the front in the 1600m maiden and never looked like getting beat.

Wolfgram quickened the tempo from the 600m mark and let her build momentum approaching the home turn giving the rest of the field something to chase. She booted clear half way down the straight and scored easily by 2 1/2 lengths.

Miss Bella Rosa is a 3yo filly by Choisir out of Rosa Nilda who is a Thunder Gulch mare. '' She's always been a big athletic filly who just needed time and distance '' Wilson said.

''She showed ability from day one, although she raced and was placed as a two year old, she was only going to get better time, we just had to be patient, like most stayers, they dont come good until they fully mature''

'' I applied blinkers to her tonight to switch her on and it seemed to have worked. She is a very relaxed filly so I was confident she would switch off and relax. Although she is by Choisir, but she reminds me of a typical Zabeel stayer, likes to roll along up on the speed and grows a leg when the blinkers are on.'' I will look to step her out in distance now and I have no doubt she will run ten furlongs.