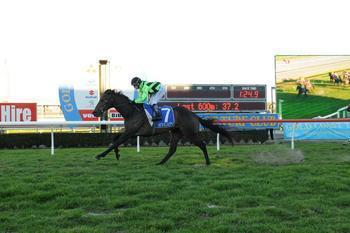 Carbon Taikun's impressive win at the Gold Coast Saturday in the Coca Cola class 2 handicap kept the stables strike rate in tact giving the stable a double from as many runners.

Giving a gun ride by talented apprentice Travis Wolfgarm, Carbon Taikun made his rivals look second rate as he blew them away to win easily by two and quarter lengths.

He was very unlucky last start, he was back last spotting the leaders a dozen lengths carrying 58.5kg on a heavy track before finishing off well to place third.

The well breed son by Lonhro out of Legally Bay has now won two of his last three starts for the stable.