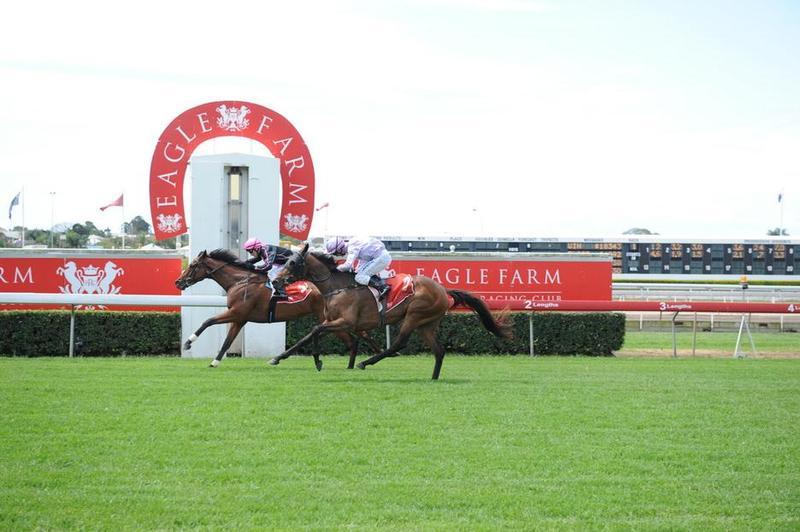 The Marcus Wilson trained 3yo Reset Gelding Grigori, displayed a tough staying performance today in race one at Eagle Farm.

Ridden a treat by Gold Coast based hoop Dan Griffin, Grigori the $2.60 favourite won the Sky Racing maiden plate over 2200m defeating Petroni by a neck while Sir Scissors finished six lengths away in third position.

He is a horse that is learning all the time, he still hasn't learnt how to pick the bit up and travel into a race and attack the line, it will take time but when the penny drops I think he will be a nice horse,Wilson said.

Grigori is a big strong athletic type, he is still growing and developing, we will turn him out now for a break while his confidence are high and bring him back after new year. He is a typical Reset and being a grandson of Zabeel he will only improve with time as he matures,Wilson said.

Owned by Rahd Barry, Phil Barnes and his trainer Marcus Wilson, Grigori has now had three starts for the stable for one win and two thirds with earnings of $16,080 in prizemoney.