PROMISING 3YO ON DERBY TRAIL 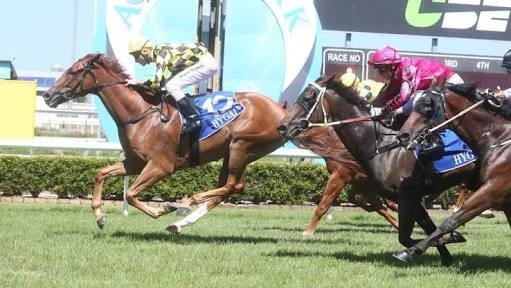 Promising 3yo Wind In The Willow will be pointed towards a QLD Derby campaign during the Brisbane Winter Carnival after winning impressively last Saturday at the Gold Coast.

The locally trained galloper had no luck on debut 3 weeks ago from a wide barrier but Ryan Plumb gave him a ten out of ten ride last Saturday and the big 3yo finished strongly through the line.

It was a very impressive win. The last 50m of his race was his best. He is a real progressive type that will keep on improving, he is still learing his trade.

He is owned by Arrowfield Stud who also stands his sire Animal Kingdom at their farm in the Hunter Valley.