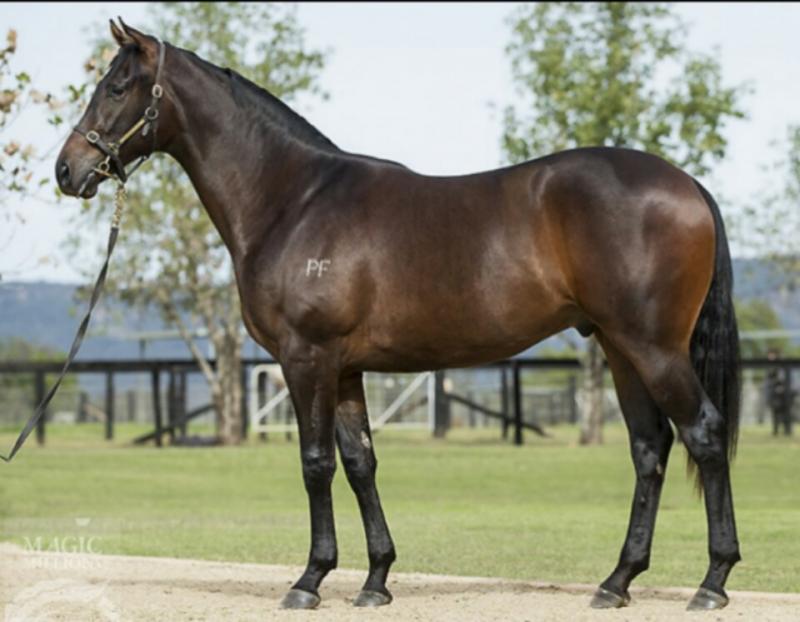 This is a rare opportunity to race this stunning rising 2yo by Power, a multiple Gr.1 winning son of Oasis Dream.

Power was the joint top 2yo colt in Europe in 2011 winning 5 races, 4 at 2 years old including the Two Thousand Irish Guineas Gr.1.

Power, owned by Coolmore, commenced stud duties in 2013 in the Northern hemisphere in IRE and shuttled to NZ to stand at Sir Patrick Hogans famous Cambridge Stud, who stood champions sires Sir Tristram and Zabeel just to name a few, now also standing there is one of the hottest sires in the southern hemisphere, Tavistock. Sir Patrick Hogan is one of the world’s best in selecting stallions to stand at stud.

Powers oldest progeny are 2yo’s in the Northern hemisphere and yearlings rising two year old in Australia and NZ.

His progeny are off to a flying start, sire of only 13 runners for 6 winners, including a stakes winner already, Peace Envoy winning the Listed Naas Rochestown Stakes in Ireland. Unbelievable statistics!

Powers progeny are bred to run early and will make lovely 3yo classic horses that will race on as older horses.

This horse is the first foal from Nadeem (Redoutes Choice) mare, Volume one, who only had 6 starts and was placed twice up to 1600m as a 3yo in the Victorian provincials but her career was cut short due to injury.

This stunning individual is well put together, very muscular, has good solid bone, correct, great temperament and his walk is full of rhythm, his a great walker. If they can’t walk, they can’t run!

This horse has already been gelded and now underway to be broken in.

Don’t wait, be quick and become involved in this rare opportunity at an affordable price before its too late, because when they take off running, they will be very difficult to acquire.