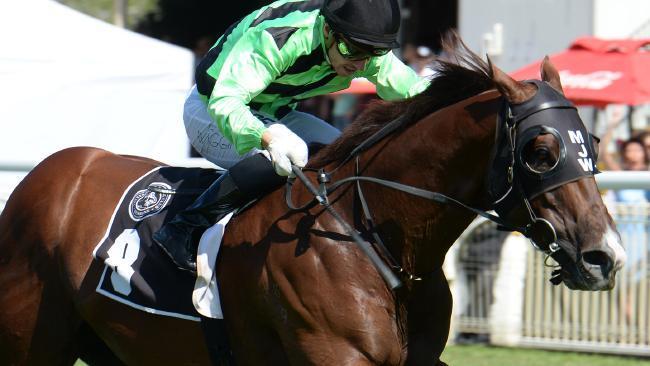 Mana Manu, ridden by Ryan Wiggins, powered home to down Adorabubble by one length in the Tattersall’s Arcade Open Handicap over 1200m running a slashing 1.09.23 and the last 600m in 33.92

Flying Riddle made up good ground late to finish third, a further three-quarters of a length away.

“If he pulls up well he’ll have his next run in the Gold Coast Stakes which is worth $100,000 in two weeks then I’ll put him away for the winter,” Wilson said.

“It was a well deserved win as he’s been a bit unlucky for us a few times.

“He raced well without winning for us last campaign and his first three runs this preparation have been great.

“If he drew a gate in the (Listed) Falvelon Quality last start he would have run second or possibly have won.”

His finished top five 9 times from 10 starts since joing the Wilson stable including his impressive win and 4 other placings at Doomben in Saturday Metropolitan company.

“He’s a good horse but needs a dry track,” he said.

“He’s probably a little vulnerable past 1200 metres but he might make a nice horse for the Ramornie Handicap at Grafton.

“There’s also a few Listed races in the winter here that I'll look at for him.”