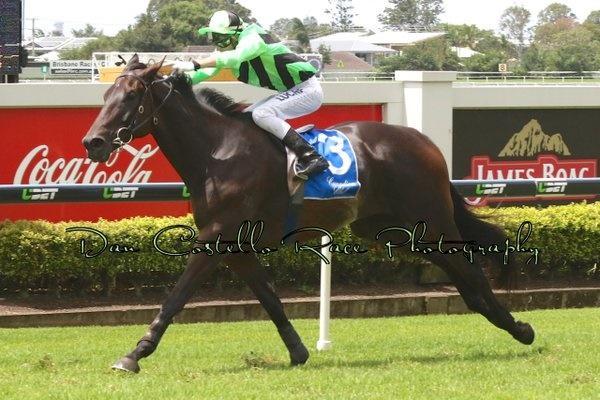 A mid race move by Jimmy Orman aboard Meteorologist paid off today at Doomben when he saluted in the Canadain Club Benchmark 75 2200m.

A big field of 15 lined up in the stayers race at Doomben today on Heavy track.

Meteorologist drawn middle of the line only began fair at the start. There was good speed going down the straight the first time, the big horse settled close to last but caught three wide on a limb.

Soon as the the field approached the mile mark, the leaders really backed tempo off. Jimmy Orman made a mid race move on Meteorologist at the 1200m point going around the whole field and taking up the lead 5 lengths in front of the second horse. Rolling aloing in front he made it a true staying test on the heavy rated track. He had a comfortable lead coming into the straight with most of the field off the bit chasing. The favourite Outraged starting to make ground late but it was all over and Meteorologist held him off by a neck on the line.

It was a tough effort to make a run 1200m from home on a heavy track and keep going, especially over 2200m, he was entitled to get tired late.

Meteorologist has now won 6 races and well over $150,000 in prizemoney. He was a $8000 purchase from the Magic Millions March Sale.