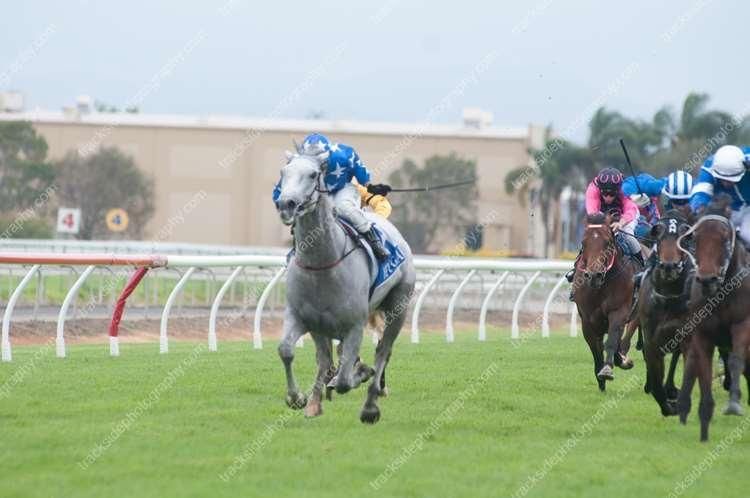 The big grey Leroy's Luck dispalyed a magnificent performance to win for his new owners at the Gold Coast on Saturday.

Ridden by Dan Griffin, Leroy's Luck  jumped well and showed plenty of early speed to take up a forward position in th race.

The David Hayes trained and Shadwell own favourite Terhaab loomed as a threat when turning for home in the straight but the big grey showed a strong kick in the straight to drop it off, he was then challenged by the well supported Larebil which looked the winner at the 200m mark but Leroy's Luck dug deep when it counted to draw away and win by three quarters of a length from Larebil second and the Victorian visitor Terhaab finishing in third position.

Leroy's Luck was having only his second start for his new trainer Marcus Wilson, this was his first victory and he will only improve when he stretches out over a mile.

Congratuations to the owners.