ANOTHER VICTORY FOR ALBERT’S CHOICE 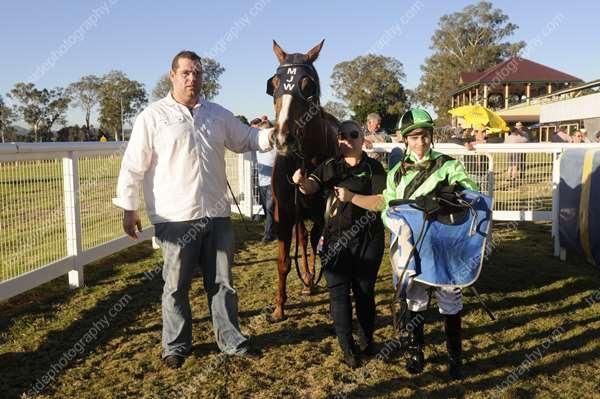 One of the stable favourites Albert's Choice wins impressive at the TAB provincial Beaudesert meeting on Tuesday 8th of July.

Carrying top weight with 58.5kg, Albert was ridden a treat by Ric McMahon to score by half length and setting a new track record recording 1.16.08 for the 1300m.

Albert was only second up from a spell after finishing a close 3rd to Cheval Du Feu first up at the Gold Coast.

Albert's Choice has been a favourite in the stable, he has been part of the Wilson team before he moved to QLD from NSW over two years ago.

His a tough horse and always pays his way, his no super star but you would love a stable full of horses like this, Wilson said.

Purchased as a maidener by Marcus' father John Wilson after only having four starts for his previous trainer, Alberts Choice has won 5 races and been placed 18 times including two wins at Doomben and banking over $70,000 in prizemoney, winning more than ten times his purchase price.