ALBERT BREAKS THROUGH FOR DOOMBEN WIN 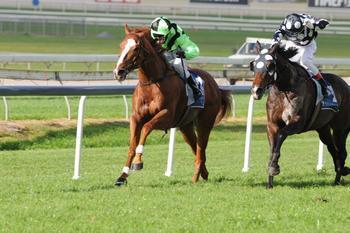 Ridden well by Gold Coast based apprentice Janette Johnson, Albert's Choice held off St Andrews to win by a head after a stirring battle in the straight.

"He's a tough horse that always puts in and he loves a dogfight," Wilson said.

"Every stable needs horses like him that can perform week-in and week-out."

"The race I'd like to win with him is the Inverell Cup in January," Wilson said.

"He's owned down there and it's also my home town."