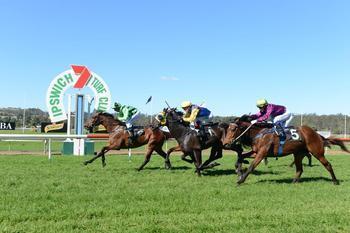 Ridden patient by Ron Mcdougall, Tiger Bassie settled last in the field before getting the split bewteen runners at the top of the straight and driven through strongly by McDougall to score by half a lehgth.

Tiger Bassie and her trainer Marcus Wilson gave come back rider Ron McDougall his first winner from a 12 year break from riding.

McDougall spent his time in Sydney based at Rosehill, during his time he finished second to Corey Brown in the Sydney's Apprentice Jockeys Premiership.