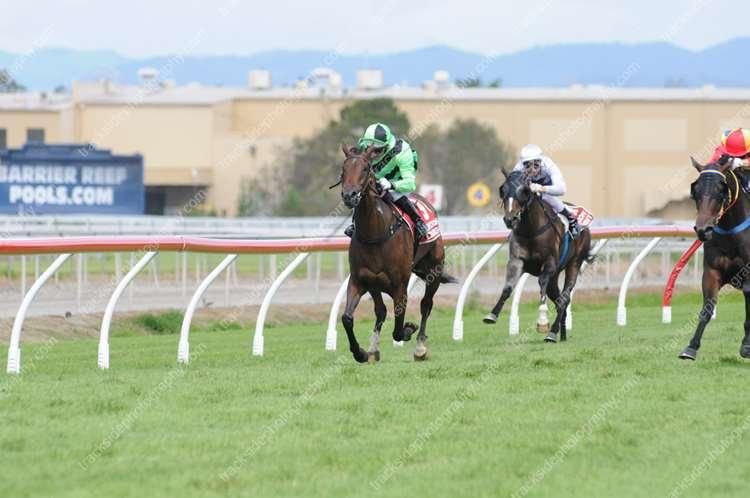 The 6yo Lucky owners mare won the 1400m maiden having one her second start for the Wilson stable.

Ridden patient by Terry Triechel, she began well from an inside barrier and settled back off speed, she got checked inside the half mile when another horse driffted back on top of her and also held up at the top of the straight but Triechel rode her for luck and drove her along the inside rail to score by a nose.

Fortunate Four had 30 starts for no wins prior to joining the Wilson stable, she was always slow to begin in her races which resulted in a lot of unlucky runs.

"She was very sore and out everywhere chiropractic, especially in her sciatics which must of been pinching her which indicated why she was always slow to begin, she couldnt use her drive power from the gates because of the pain"

'' I get her chiropracted on a regular basis, keeping her pain free, as I do with all of my horses " she beat them out of the gates in her trial and also jumped well in both race starts for me" Hopefully we have found the key to her '' Wilson said.

Congratulations to owners Graham and Margaret Yeates of Gunsynd Lodge.